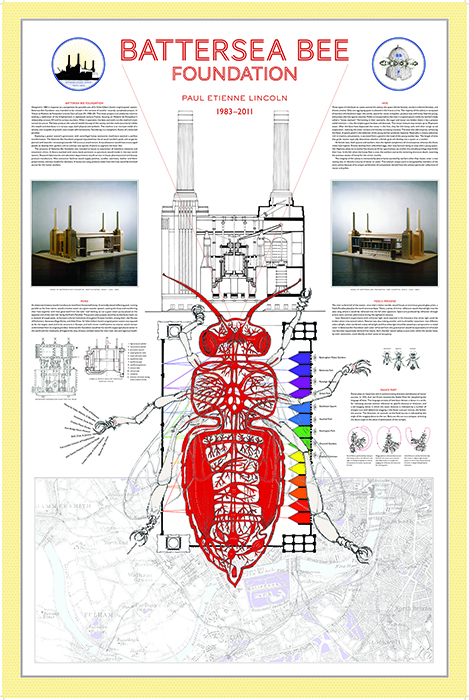 A chart proposing the transformation of Sir Giles Gilbert Scott’s original Battersea Power Station in London, replacing its generators with enormous centrifuges for the extraction of honey.  A pump in the south wing was to distribute mead, via a network of supply pipes, to fourteen cultural institutions around London.

Intended as the world’s largest apicultural center, it would have required the widespread planting of lavender to feed the gargantuan colony.

Hover over image to magnify.