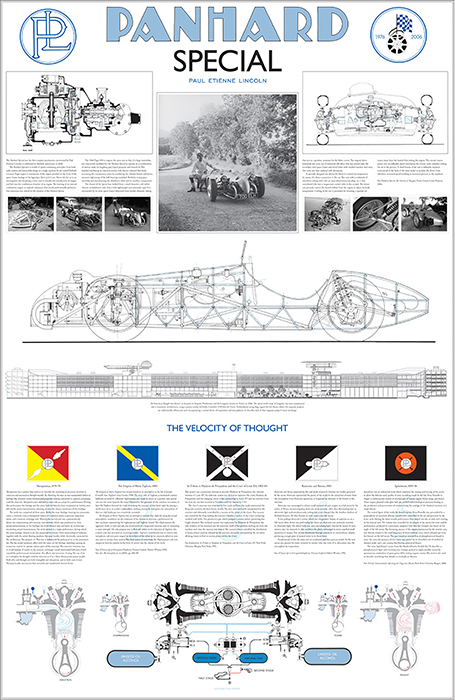 A chart depicting the workings of the Panhard Special, designed and built ca. 1976 and its unique pollution- free propulsion system and a description of The Velocity of Thought, a film illustrating the car’s use of respiration as a mnemonic metaphor.

This print is commemorative of the car’s thirtieth anniversary and describes the filming of the Velocity of Thought.'

Hover over image to magnify.